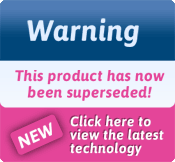 The all new Siemens Primax range was launched in April 2016.

This range replaces the previous Binax range and seems to have ironed out many of the problems the Binax hearing aids had. On paper the Binax range appeared to be excellent and the most technologically advanced aid out at the time, but many customers and audiologists alike didn't rate them.

You will sometimes see this range being called the Siemens Primax, other times the Signia Primax or even the Siemens Signia Primax. They are all exactly the same thing, it's just to do with branding.

Being the premium model in the range, the Siemens Primax 7 is designed mainly for people who want the best technology and have the hearing requirements to need it. The naming of the models can be a little confusing. "Ace" is the smallest RIC style aid. The Pure is the slightly larger RIC that has the additional benefits of full wireless compatibility with all of the accessories. "Motion" is the larger BTE style aid and "Insio" means the custom made ITE hearing aids, including the CIC's and IIC's (that's completely in the canal and invisible in the canal). Here's a picture of them.

As well as generally improving the existing features, there are a number of entirely new features in the Primax 7.

The core idea of the Speechmaster program, to quote Siemens, is "Soundability - our philosophy for hearing" I'm not convinced that a marketing guy squashing together "sound quality" and "audibility" to make a new word quite counts as a philosophy, but the idea is a good one and Speechmaster has been clinically proven to reduce hearing effort.

The way it does this is to combine a number of features often found in hearing aids but then taking it a step further. As well as having noise reduction reducing the background noise and the directionality focusing on the direction of the target speaker, the Primax also picks out the target speaker and elevates their voice over all other sounds in the environment. Pretty clever.

The Primax 7 has access to all three of the new music enhancing features in Primax, whereas the lower models in the range have only one. In addition the Primax 7 has an extended bandwidth up to 12 kHz for improved music fidelity,

The three settings are "Live Music / Concert", this makes use of that expanded bandwidth for better sound quality from live music. "Recorded music" is for listening to music at home. The "Musician" setting is specifically for musicians playing on stage. This setting helps them to focus on what they are playing to enable them to be in tune with others if they are playing live.

Quite a simple, but very useful setting. When you are in a reverberant environment and there are sounds bouncing around making it difficult to hear speech, the Primax can tell these are echoes and it softens them, thus improving speech clarity.

When you put a telephone up to your ear, the hearing aid can tell and it will take the sound coming from the phone and send it to both hearing aids so you can hear the conversation in stereo.

CROS stands for "contralateral routing of signal" and BiCROS  for "binaural contralateral routing of signal". These systems are for people with one completely dead ear and either one normal (for CROS) or partially deaf (for BICROS) ear. These systems are more complex to explain the pro's and con's of so if you'd like to know more then it's probably easier to give us a call. Our phones are almost always manned by an actual audiologist and they will be able to explain in greater detail.

People often ask us what the hearing aids look like in your ear, so here's a picture.

These features were also part of the Binax range so you can read more about them on the Binax 7 page. All of these features have been further refined in the Primax to ensure a better quality hearing experience.

The Primax feature overview chart below lists the features for this hearing aid, the Primax 7px and compares it to the other two models in the range the Primax 5px and the Primax 3px.

There are a number of accessories for the Siemens/Signia Primax range. These include the easyTek and miniTek audio streamers, the easyTek App, touchControl App and miniTek Remote App phone applications. Also a transmitter, the eCharger and the easyPocket remote control. The chart below shows which models of Primax work with which accessories. 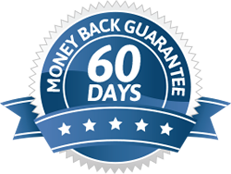